The Soundtrack of Seduction

Let me say straight out of today's gate that I adore Fabio Lanzoni and all his broken English, bird-catching, smack-talking-George-Clooney, stallion-esque awesomeness. The man has made a career out of playing into women's fantasies about butter and love, a mere stones-throw from what we romance writers do. Okay, maybe not the butter part. Is he an easy target for something besides birds? Definitely. Sadly, today's offering does little to advance his fabulocity campaign beyond fans of romance, but it is a steamy hot serving of fun. 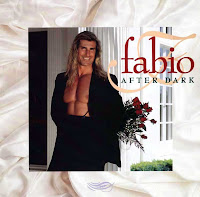 Fabio's After Dark album came onto the music scene-and I do use the term music loosely-in 1993. Think of it more as a hybrid between the internet vids the guy in the next cubicle sneaks at lunchtime and the hot Italian waiter rambling off the specials at your favorite bistro. Sprinkled with tracks from Billy Ocean and Barry White in an attempt to disguise the hideousness of the woo-music beneath Fabio's sultry seduction tips, After Dark is a major win for a hump day break. Treat yourself. Or as Fabio would say, "Thhat special lady in your liiife."


Track 1: Fabio-About Romance (listen)
Bonjourno, Fabio. I'm veeeeeery interested in what you did to con the 80-track pre-programmed keyboard away from your grandmother for this number. No doubt this is program 44, banned from the rotation for its proximity to that pay per view movie your nana thought starred another Debbie-Debbie Reynolds. And you forgot an ingredient in your recipe for the perfect evening for two laaaaahvers: Nana's bridge club popping in at the end for a little harmonizing.
Track 3: Fabio-On Inner Beauty (listen)
Look into my eyes, Fabio. No, not the eye roll. Look deeper. They're revealing just how passionately I want the bridge club to stop making this a group thing.
Track 5: Fabio-On Films (listen)
Whisper veeeeery quietly in my ear during a Hugh Jackman film, Fabio, and you'll end up stuck to the veeeeery sticky theater floor. And the beautiful adventures afterward? They'd better last longer than the one minute and two seconds this track took to burn my ears.
Track 7: Fabio-On Tropical Islands (listen)
Holy Sax! Fabio has another seduction melody in his repertoire. I don't know about you, but Fabio's triple threat of fish, fruits and secrets makes me go all From-Here-To-Eternity. Fish, Fabio? Really? I'm having a tryst at dinnertime with the Gordon's Fisherman. The last thing I want to think about on a cliched beach fantasy is what will be swimming in my stomach in an hour.
Track 9: Fabio-When Somebody Loves Somebody (listen)
Can it be true? Is he really going to sing to me? And then, it happens. The bridge club returns to back up his Luuuuve Attack. The deep shudder in Fabio's voice reminds me more of Vincent Price's "the evil of the thriller" line than the moment where full love-conviction sets in.
.
Track 10: Fabio-On Humor (listen)
Squee that I've mastered one of Fabio's paramount characteristics in a woo-man: the ability to laugh. At his forced guffaw. At the moments in my life that I'll never get back after listening to After Dark. I feel like a chiiiiiiiild of lahve.
.
Track 12: Fabio-On Surprises (listen)
What, no toothpaste? Swap the bikini for Max Factor and you have a deal. The bikini comes off, but Waterproof 2,000 calorie Mascara lasts ten times longer than your erotic overtures.
Track 14: Fabio-On Slow Dancing (listen)
The background music on this track reminds me of lying in a planetarium. Nearby: a geriatric man with dress socks to his knees, a jaded museum attendant with faded DJ dreams at the Captain Kirk-ish helm. Oh, wait. We're in Fabio's terrors? What? Oh, terrace. Whew.
Track 15: Fabio-Ciao! (listen)
Fabio knows how to end his four-minute-and-thirty-six-second seduction leaving us wanting more. That's right: program 44. In this last, breathless moment with him, when he's stumbling so adorably through the English language, he leaves us wondering Wait, he has mammaries? What? Ciao, Fabio. My best to Nana and her bridge club. 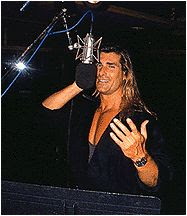 A huge thanks to the ultra-funny i-mockery site for offering up these tracks.
Was it good for you?
Posted by L.A. Mitchell at 8:58 AM

An album? an honest too goodness album? I think I need to sit down. :)

OMG. I can't stop laughing! Just wait until I get my hands on MacGyver tonight with these tracks in my head! ;)

I think I was just fabioed again, and I still hadn't wiped all the fabio off me from last time...

@Charles...Actually, there is a rumor he wanted to make a heavy metal album...I'm not kidding...but they decided to go this route. Scary.

@Maureen...what are you doing listening to Fabio??? You're on a deadline, girl! Write. Write. Fabio will wait for you.

@Robin...MacGyver will never know what hit him :)

@Pamela...I love that you're still using Fabio as a verb!!

@Regina...I know, right? Someone checked their good judgement in for the day and saw only dollar signs and Fabio's pecs.

damn, what kinda trash they gonna foist on ye next? :P lol

OMG! I love this guy. For all his sex appeal, he's pretty amazing in his convictions in real life.

the mp3s? LOL! I'll just mellow into his accent regardless!